dixie gold inc. commences one of the largest airborne geophysical surveys in history of red lake

Vancouver, British Columbia – October 1, 2020 – Dixie Gold Inc. (TSX VENTURE: DG)(FWB: 2YCA) (“Dixie Gold” or the “Corporation) is pleased to announce that it has commenced one of the largest privately-funded airborne geophysical surveys in the history of the Red Lake, Ontario gold district. The 4,695 line-kilometre heli-borne geophysical exploration program will assist the Corporation in defining structures that may deliver  prospective, district-scale gold exploration corridors within its Red Lake Gold Project, which in turn is located immediately adjacent to Dixie Gold Project being advanced by neighbouring Great Bear Resources Ltd. 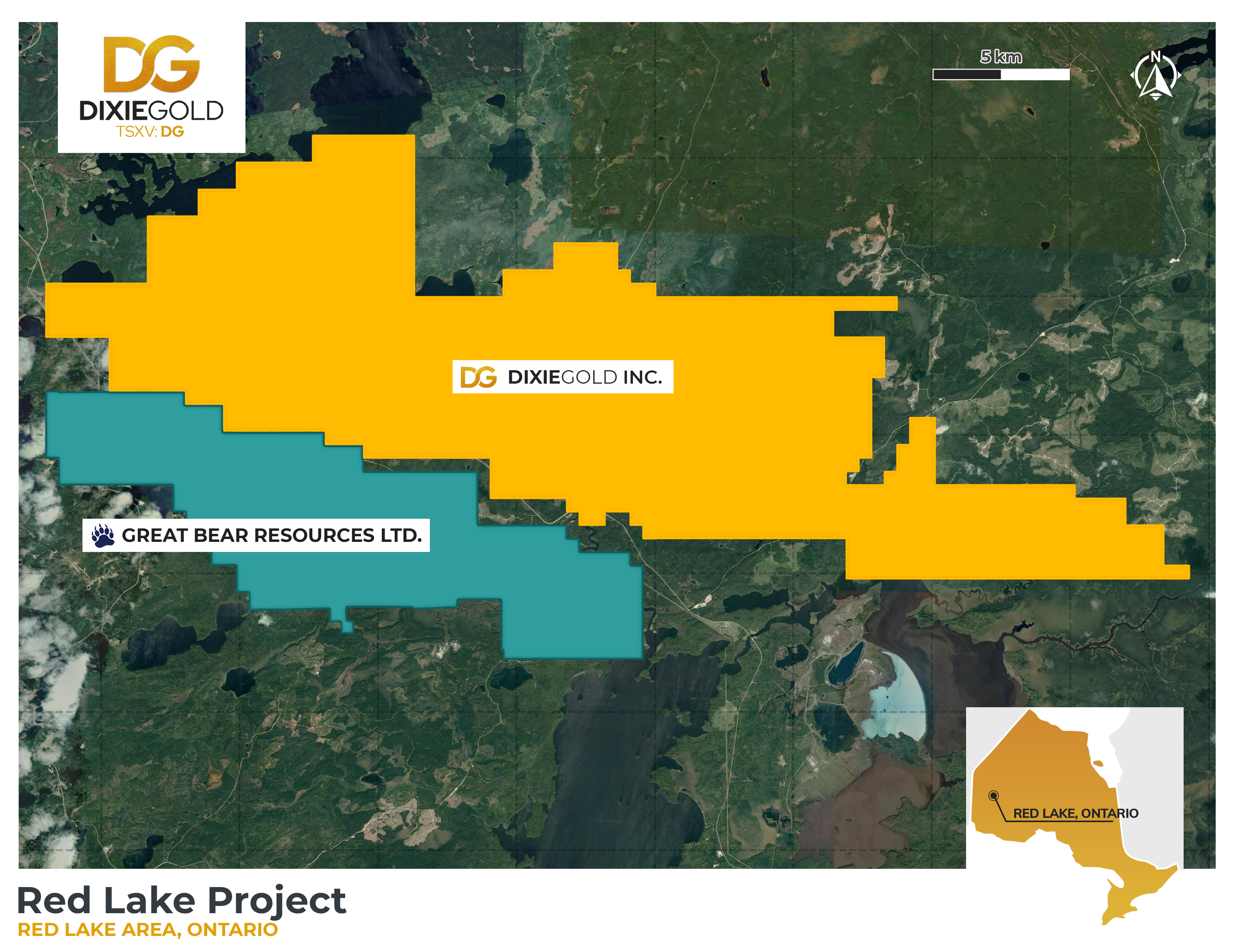 “Dixie Gold Inc.’s Red Lake Gold Project represents a remarkable district-scale gold project, most of which was first-assembled in 2018 before Great Bear Resources made their subsequent LP gold discovery in late-Spring of 2019. Following our acquisition of the project at the start of this year, Dixie Gold has quickly evolved into a leading exploration junior in this emerging gold district having both a multi-thousand sample SGH soil survey ongoing and now a multi-thousand KM geophysical survey underway. We believe our Red Lake Gold Project has robust discovery potential and delivers a flagship asset for Dixie Gold’s shareholders. On behalf of the Dixie Gold team, I would like to reiterate our excitement for both the project and the large-scale exploration programs that we have underway, all of which are fully-funded from existing treasury without dilution to current shareholders and are being executed in the context of an exceptional share structure,” stated Ryan Kalt, Chief Executive Officer of Dixie Gold.

About the Fall 2020 Geophysical Survey:

The heli-borne geophysical survey is being flown in a systematic low-level grid pattern with full high-resolution coverage of the majority of Dixie Gold’s Red Lake Gold Project. This new geophysical data will represent the first time such a high-resolution, large-scale program has been assembled over the project area and also represents the first airborne coverage of the project subsequent to the LP gold discovery at the adjacent project.

The mag survey utilizes four Scintrex CS-3 cesium vapor magnetometer sensors in a custom-designed non-magnetic and non-conductive survey bird for triaxial gradient and total magnetic intensity measurements. Compared to conventional single-sensor survey systems, this design allows for direct measurement of the magnetic gradient in the X, Y and Z axes with four magnetic sensors rather than calculating the gradient from one sensor. This eliminates aircraft-induced noise and provides more structural detail, especially for near-surface targets, without compromising the total magnetic intensity.

The airborne survey, conducted by Precision GeoSurveys Inc., is being flown at a nominal flight height of 40m above ground, plus/minus allocated variances.

About the Red Lake Gold Project: